Renowned Ghanaian Pollster, Ben Ephson has expressed his frustration at the attitude of some members of the  New Patriotic Party following the outcome of the 2016 Presidential and Parliamentary elections.

According to him, he is surprised that the NPP is pooh-poohing his polls because his polls this time round failed.

Mr. Ephson contends that he is a mere mortal and so he is not expected to get things right at all times.

Speaking to Fiifi Banson on Anopa Kasapa on Kasapa 102.5 FM on Wednesday, he said he is not ashamed his methodology failed to correctly predict the winner because the records are there for everyone to see that he has correctly predicted the outcome of four elections with the same methodology.

He rubbished claims by some people that his polls were skewed to favour the ruling NDC and  reiterated that he will just go to the drawing board and re-adjust his methods.

“The NPP’s attitude towards this polling is worrying; they treat me as God, I feel humbled but I’m not God. If I’ve done five polls and I’ve got one wrong I should walk with my chest out. Those calling on me to apologise because my predictions were wrong are not just serious.”

His research findings predicted that John Dramani Mahama was expected to poll 52.4 percent of the votes as against Akufo-Addo of the New Patriotic Party (NPP) who he predicted would get 45.9 percent.

Per his findings, the other five presidential candidates were not expected to contribute more than 1.7 percent. 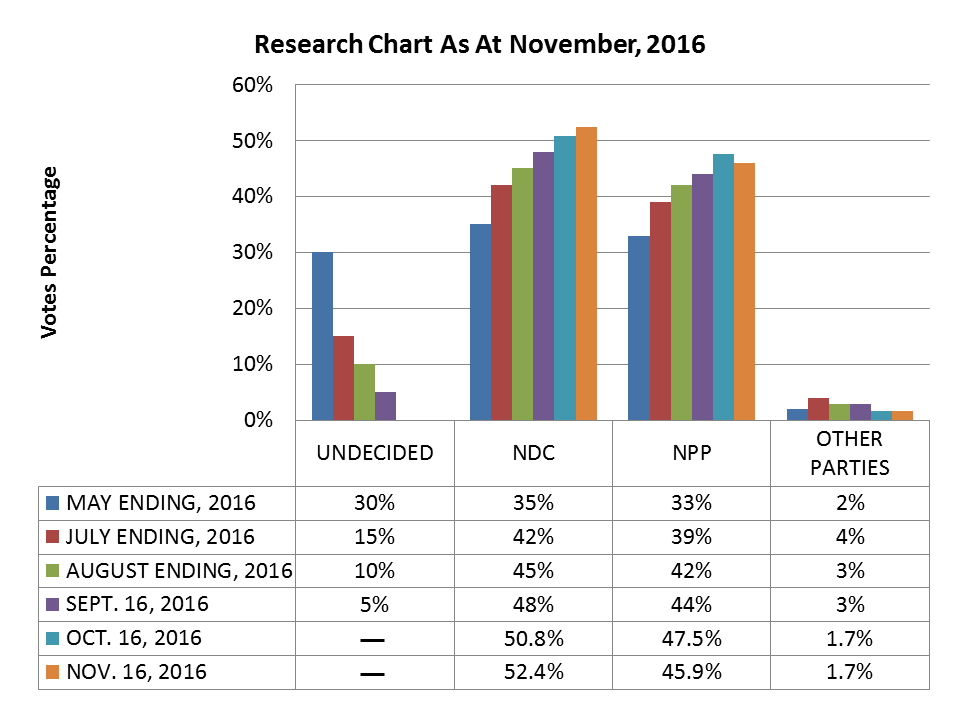